2019
My sister was often perceived by strangers to be an animal or a monster. She was a difficult person to get along with, with a history of mental disease, physical injuries, addiction, and a victim of abuse. There was a year’s difference in our ages; we started drifting apart in our teens, eventually leading to different viewpoints about life. She was a walking contradiction, such as a hatred of Hispanics or Latins, yet she was born and raised in a Latin culture. Or how she had pride about eating healthy, but would often go on binges, consuming lots of sugary food. I realized over time she had a hatred towards herself that was immeasurable, which she reflected outwardly on a daily basis.

It really bothers me that I never was able to communicate my experiences with her; my hurt, my frustrations, the inability to confide in her, trust her or even be brotherly by normal standards. The last few years of her life she was unable to mentally process information or even retain short-term memories. Our relationship became more like an emotional minefield, trying to live together without feeling uncomfortable, or getting on each other’s nerves. I sometimes feel it mostly came from me, because I don’t believe she was aware of the reality of our relationship. I felt I was trying to take different shapes and fit them together, like Tetris, to create something out of chaos. I longed to have a normal brother/sister relationship, and envied people who had them.

She passed away earlier this year from AIDS. I now realize the details of what happened in the past don’t really matter. It’s the closure in the end that makes the difference to move forward. I know she loved me in her own way. She hated the idea of getting old, one of her mantras was “To live fast and die young.” Reconciling the space she occupied in my life both physically and mentally is an exploration. 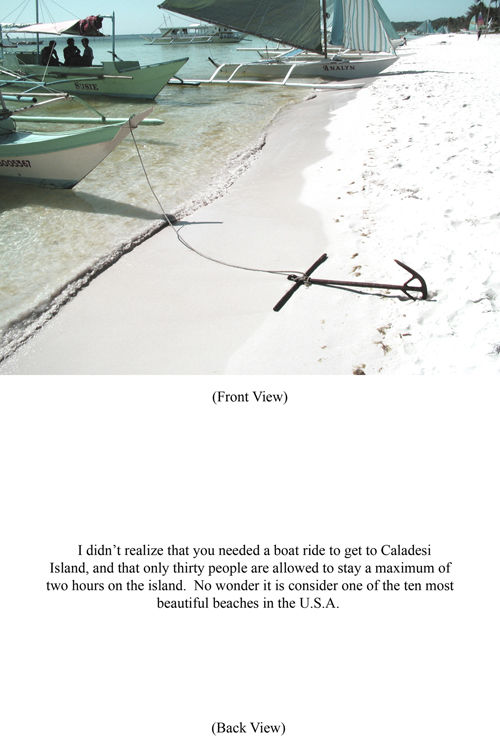